Men of the Frontier 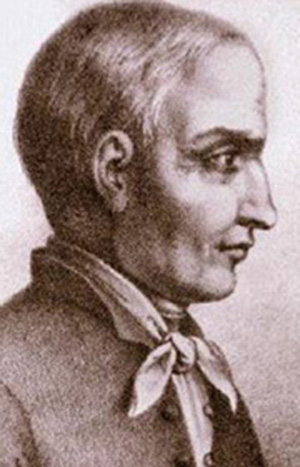 He was born in Kőrös (Csomakőrös), a small village in Transylvania, as son of an improvised Siculo-Hungarian noble family. His father served as a border guard. At the age of 15, he was sent to the famous Bethlen College. As his family could not support him, he earned the money for his studies and modest living as servant student. His favourite subjects were history, geography and foreign languages. It was Ádám Herepei, his professor in Nagyenyed, who called his attention to questions of the origin of Hungarians. With the help of Reformed Church, he studied between 1815-1818 in the University of Göttingen, Germany. His German professors, Eichhorn, Heeren and Blumencach has great influence on him. In Göttingen, he got acquainted with Persian, Arabic and Turkish languages. He decided to search for the ancient homeland of Hungarians, supposed to be in Central Asia, in Dzungaria.

He arrived in India in 1822. The first scene of his research was Ladakh, that time an independent Himalayan kingdom. He started his studies in Tibetology with the financial support of William Moorcroft, representative of the British-Indian Government, with the aim of preparing a Tibetan-English dictionary and grammar. With the permission of the authorities of Ladakh, he went to the monastery of Zangla, where he started to learn Tibetan language, and got acquainted with Buddhism with the help of the learned Tibetan lama, Sangye Phunchog. Later he continued his studies in the monasteries of Phuktal and Kanam. He lived under difficult circumstances. His main meal was the Tibetan tsampa, tea mixed with barley flour and flavored with yak butter. He spent the last ten years of his life with research work in Calcutta, in the headquarters of the Asiatic Society of Bengal. His scientific papers were published in the journal of the Asiatic Society of Bengal. His works comprised classical Tibetan literature, different schools of Buddhism, history, natural sciences and Tibetan medicine. His study Tibetországnak földleirása tibeti kútforrások szerint (Geographical Description of Tibet according to Tibetan Sources) is especially interesting from geographical point of view. His two life achievements, Tibetan-English Dictionary and the Tibetan Grammar were published in Calcutta in 1834. By the end of his life he knew 16 European, Asian and classical languages. While crossing the Terai region in Bengal, he got malaria and the tropical fever ended his life in Darjeeling. Alexander Csoma de Kőrös is considered to be the founder of oriental studies in Hungary, who influenced greatly he scholars if later generations. He became a symbol of Indo-Hungarian friendship.

We are indebted for this write-up of Alexander Csoma de Kőrös (Kőrösi Csoma Sándor) to the Embassy of Hungary in New Delhi.

A brief account of the life and times of Sardar Bahadur Laden La
By Dr. W.Y. Evans-Wentz, Jesus College, Oxford University
In "The Tibetan Book Of The Great Liberation" 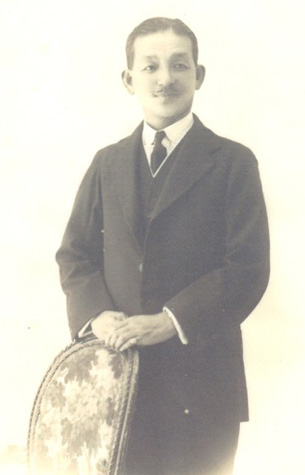 The translator of the excerpts upon which our ‘Epitome of the Life and Teachings of Tibet’s Great Guru Padma-Sambhava is based, the late Sardar Bahadur S.W. Laden-La, C.B.E., F.R.G.S., A.D.C., I.P., passed away in Kalimpong on 26th December, 1936, less than a year after the time of the completion of the translation. Of ancient Tibetan ancestry, he was born on 16th June 1876, in Darjeeling, and there received his education. In 1898, he joined the corps of the Darjeeling Police, and soon attained official rank. In 1903-4, he was deputed to the Staff of the Tibetan Mission of Colonel Younghusband. After this, he was an assistant to Colonel O’Connor, in connection with His Holiness the Tashi Lama’s tour throughout India. In 1906, he assisted the British Government when the question of an important treaty with Tibet and of indemnity had to be discussed with the Tibetan Minister. In 1907, he founded the General Buddhist Association of the Darjeeling District, and was its first President. In 1909, he became the Founder-President of the Himalayan Children’s Advancement Association, which had already educated and placed over 600 orphans and poor boys. It is said that he spent out of his own pocket, over Rs. 25,000 in this noble work. In 1910, his services were requisitioned by the Political Department of the Indian Government, in connection with the journey of His Holiness the Dalai Lama to visit the Viceroy and make pilgrimage to the Buddhist Holy Places of India. Later, he was deputed to Tibet to settle terms between the Chinese and Tibetans as a representative of the British Government; and part of his duty consisted in helping to lead the Chinese Amban, Lien-Yu, and General Chung and the Chinese troops out of Tibet, whilst Colonel Willoughby held the Indian frontier.

It was said that the Tibetans were then much incensed against the Sardar Bahadur because of his services with the Younghusband Mission. According to rumour, at the time of the Mission, in 1904, the Tibetan Government had offered a reward of Rs. 10,000 for his head and hands. But, after some years, all this was overlooked, and he was appointed by the Tibetan Government to accompany to England four carefully chosen Tibetan boys of good family, who were sent there at their Government’s expense to acquire a modern technical and scientific education and return to Tibet to train their fellow countrymen. And he went to England also entrusted with credentials as envoy of His Holiness, the Dalai Lama, and, as such, carried letters and presents to Their Majesties in Buckingham Palace. In 1914, after his return, he attended the Tibetan-Chinese Conference at Simla, and thence accompanied the Prime Minister of Tibet to Sikkim

During the First World War, the Sardar Bahadur assisted in raising war loans and in recruiting the hill tribes. He was mentioned in dispatches, and in 1917, received the military title of Sardar Bahadur. Then, in 1921, when Sir Charles Bell went to Lhasa with the object of cementing the friendly relationship with the Tibetan Government, the Sardar Bahadur was appointed his personal assistant.

The Sardar Bahadur, who was the most active of Tibetan Buddhist laymen in the maintenance and support of the Dharma among his Himalayan peoples along the Indian-Tibetan frontier, was the President and Patron of ten Buddhist monasteries, among which are those at Ghoom, Kurseong, Darjeeling and Lopchu. Owing almost wholly to his financial assistance, the Ghoom Monastery was reconstructed, and then, after the disastrous earthquake of 1934, repaired, and its Mahayana Chapel built.

In 1927, he was madea Chevalier of the Order of Leopold II by the King and Queen of Belgium. In the midst of winter, in January 1930, he was sent to Lhasa by the Indian Government in connection with a very serious disagreement between Tibet and Nepal; and by his tactful and diplomatic intervention prevented war between the two countries. For this outstanding service, he was made a Commander of the British Empire. Later on in the same year, 1930, he made his last visit to Lhasa. This was for the purpose of personally presenting Colonel Weir, the Political Officer of Sikkim and Mrs. Weir to the Dalai Lama, Mrs. Weir thereby becoming the first English lady to be honoured by an introduction at the Court of His Holiness the Dalai Lama at Lhasa.

In June 1931, the Sardar Bahadur, after thirty-three years of public life, retired from Government Service, but to the day of his death he gave himself, in the true Bodhisattvic spirit, to the good of others. Thus, in the same year, he accepted the Presidency of the Hillmen’s Association; he was active in the Boy Scouts’ Clubs; in 1923 he was elected Vice-Chairman of the Darjeeling Municipality, and became vested with the full authority of a Chairman; and for his many educational, religious and philanthropic activities, he was probably the most beloved citizen of Darjeeling, as indicated by his mile-long funeral procession to the Ghoom Monastery, where his body was cremated. He was an Honorary Aide-de-camp to His Excellency the Governor of Bengal; and it was in grateful recognition of the voluntary services which the Sardar Bahadur rendered in connection with the three Mount Everest Expeditions, that he was elected a Fellow of the Royal Geographical Society (1). The Sardar Bahadur was one of the really true Buddhists of our generation, who not only fostered but also practically applied the Precepts of the Enlightened One. Of the Great Guru Padma-Sambhava he was a fervent devotee. He had scholarly command of ten languages, English, Tibetan, Hindustani, Kyathi, Bengali, Nepalese, Lepcha, and other Himalayan tongues. Save for his assistance, Book I of this volume would never have been written. As to a Guru, and a Bodhisattva far advanced on the Great Path, the Mahayana, the Editor here acknowledges with profound gratitude his own personal indebtedness to the Sardar Bahadur. And all who read this book are, in like manner, the Sardar Bahadur’s debtors.

For a large part of this biographical matter, the Editor is indebted to ‘The Darjeeling Times” of 2nd January, 1937, wherein there appears a special article concerning the death of the Sardar Bahadur, entitled: ‘The passing of a Truly Great Man’, covering four pages.