History of Darjeeling - The Queen of the Hills 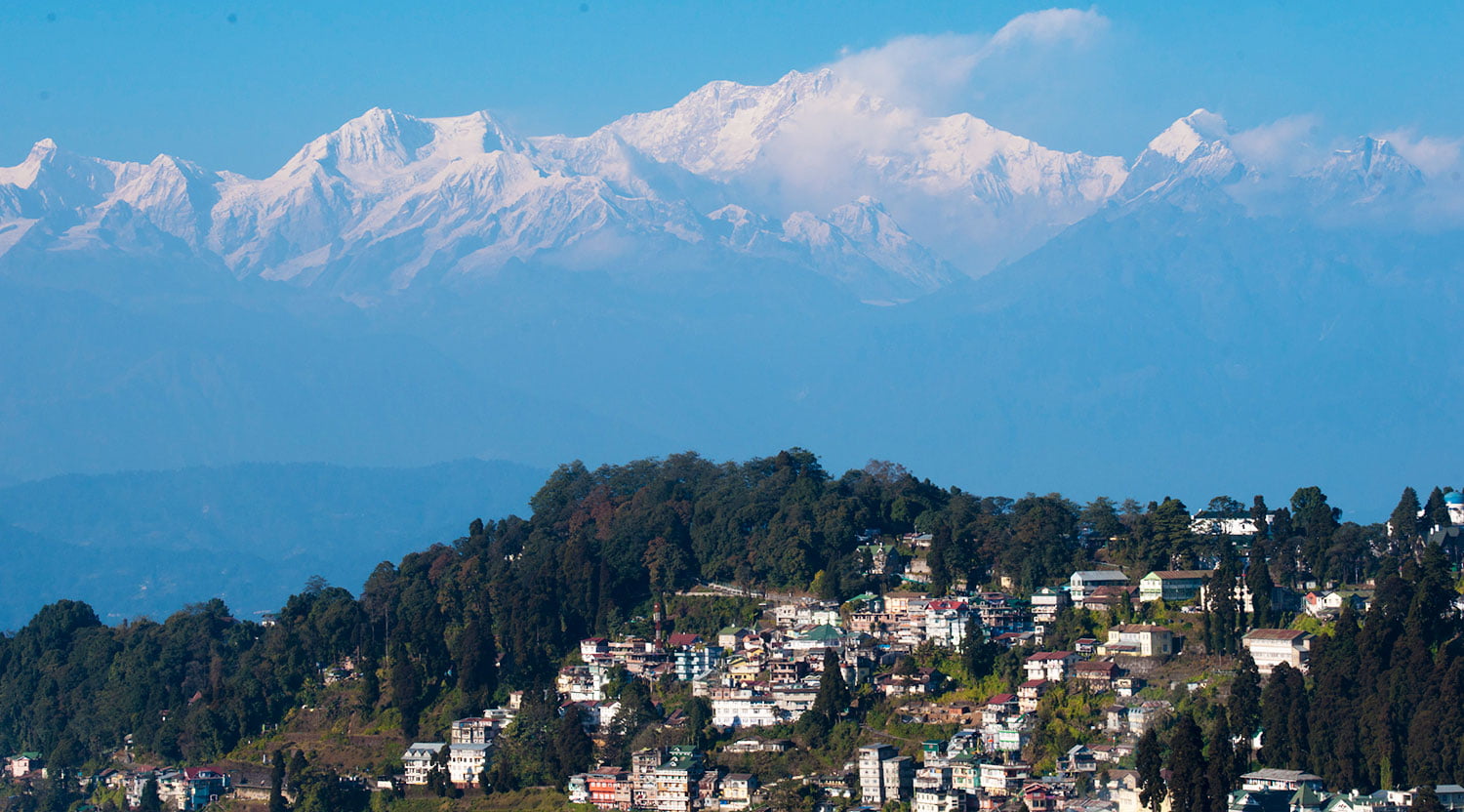 Darjeeling During The Raj

The Raj, or the era of British rule in India, has been endlessly remembered in books and film, through the years. Unlike other defunct imperial regimes which have been consigned to the dustbins of history, the Raj continues to stir the romantic imagination, its excesses largely forgotten and forgiven. The "bright spot", as early British visitors called Dorje-ling, used to be a possession of Sikkim. It was developed as a hill station by the Raj and, on the way, the Sikkimese name of Dorje-ling was anglicised to Darjeeling. 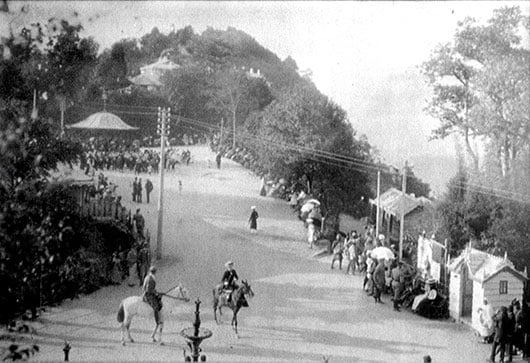 The Chowrasta, Darjeeling (Circa 1897) 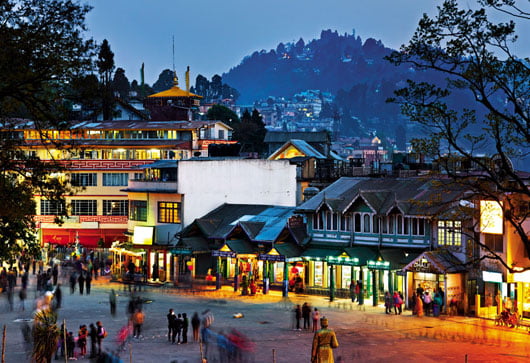 From times immemorial, some mountains have been the objects of awe and veneration. The majestic Himalayan peaks, in particular, have been symbols of power, purity and unattainable bliss. When thunderbolts strike the mountain tops, and thunder drums and rolls into the distant horizon, we come to understand why the ancients believed that the Himalayas are the store house of cosmic energy, and where the gods reside. 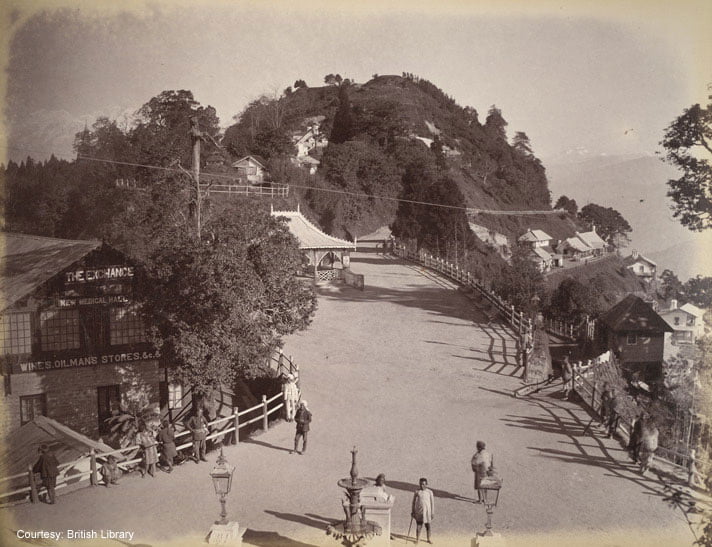 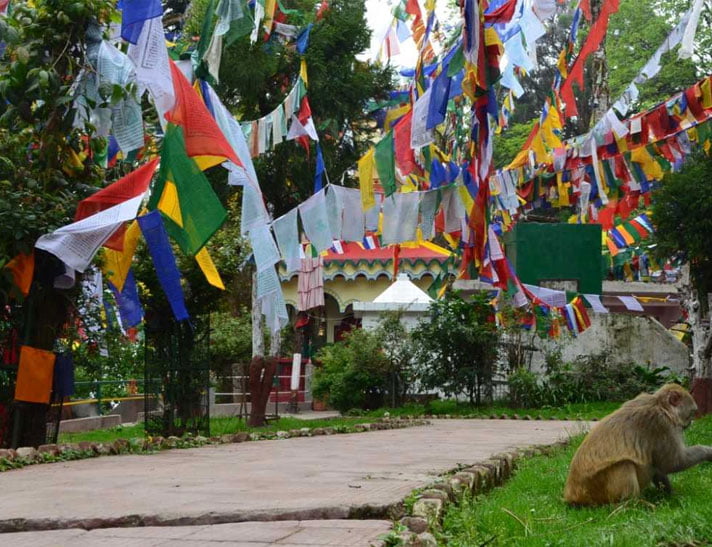 Origin of the Name

Darjeeling, the name of the famous hill-station.... is commonly said to be a corruption of Dorjé-ling, "the place of the thunderbolt", the name of a monastery which once stood on a well-known eminence in the modern town, now known as Observatory Hill.

In the interests of historical accuracy I should, perhaps, add that I believe the commonly accepted explanation to be incorrect. A derivation seldom heard, but which I have the best of grounds for believing to be correct, is that which attributes the word Dorjé in the first half of Darjeeling to the name of a lama, Dorjé-rinzing, who founded the monastery which once stood on Observatory Hill. 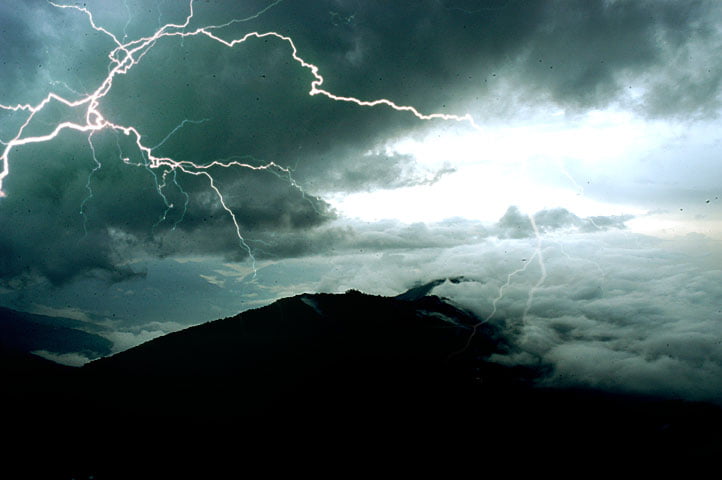 The Shrine was subsequently removed to the Bhutia Basti, where it remains to this day; but the former site retained the name of "the place of Dorjé lama."

Including all contents... photos and texts are copyright protected. Be aware that the reproduction or copy, in whole or in part, of any of our property. Without our express written permission is considered copyright infringement (stealing).