The only memory I have of my childhood in India was of the 1934 earthquake. My father, who was then Deputy Commissioner of the Darjeeling District, was in camp at Bagdogra - there was no airport then, just a large open space in which had been placed a dozen tents which provided living accommodation and offices for my father, mother, brother and me, and also for the English family - Mr. English of the Indian Police, his wife and children.

One fine day my brother and I were out in the open near the camp, playing with a toy gramophone, when suddenly the needle shot across my favourite record “ The March of the Toy Tin Soldiers”, scratching it and causing me deep distress. In a tented camp, there was little else to be damaged by the earthquake: but at our house in Darjeeling, called “Little Chevremont”, a chimney had fallen into the bedroom which my brother and I used, and much damage was done to Government House and other buildings.

As was the habit in those days, my brother and I were “sent home to school” in 1935. My brother, 3 years older than me, had had a governess who taught him for several years, and as I used to listen to many of the lessons, I could read and write well by the time I was 6, and I can remember reading aloud to a posse of children on the ship going home. 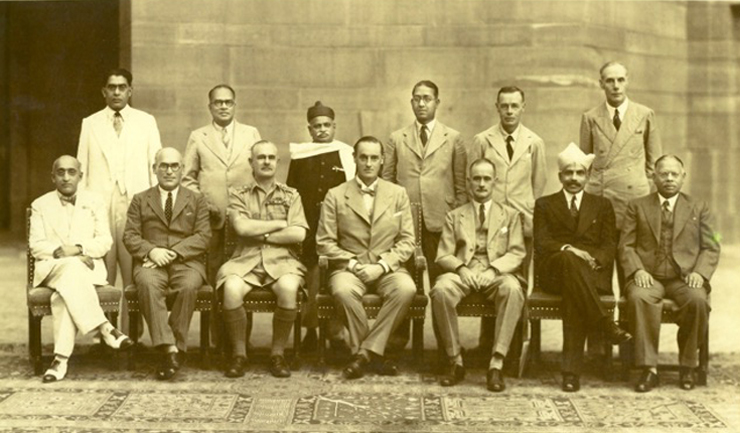 In the summer of 1940, I was put on the “City of London” at Liverpool, and sailed to Calcutta to be with my parents. They had enrolled my brother and me in the “New School” which was set up in Alipore to cater for the many British children evacuated from UK. The school later settled in Darjeeling. One of my first recollections of retuning to Darjeeling as a boy of 11 was that the first time that I went to the Capitol cinema, I was not allowed to pay for a ticket, but shown to the best seat at the back. I told my mother when I got home, and she was cross, and told me to go back to the cinema at once and pay the full amount for the seat I had used. I learned that it was almost a sacred rule of the I.C.S. that its officers must not accept gifts or favours of any kind: the manager of the cinema had possibly heard that a son of a former Deputy Commissioner had arrived in Darjeeling - but anyhow I ran back to the cinema to pay for that seat. I live now in Western Australia, where one state premier and a couple of well-known business tycoons are in prison for corruption, a second state premier only just avoided a prison sentence, and a third state premier is awaiting trial. It is for me a fond memory that there was a time and place when there was integrity in government.

The New School in Darjeeling leaves me full of happy memories. Its staff had been recruited from whomever was not involved in the War - Harold Loukes, a Quaker and a conscientious objector, had brave “new” theories of education, including a reliance on self-discipline rather than iron rule, and co-education - both of them new ideas in the English tradition. Mary Loukes, his wife, taught biology. G.C. Woods, an elderly but brilliant mathematician (and Cambridge Wrangler) taught maths. Mlle Bossenec, who had been at Santiniketan translating Rabindranath Tagore’s works into French, taught French. Tony Lamaro, a former wrestling champion of Australia, taught P.T. The school had been lent a small playing field which I think belonged to St. Paul’s, and after I took a cricket ball in the mouth and broke a tooth, I was told I didn’t have to play any sport if I didn’t want to - so I spent my time doing other things. I was secretary of the school debating society and of the school photographic club. I remember that after the photographic darkroom at Eden Falls was closed and the room given over to some other use, (I was I think the only person who had made frequent use of the darkroom), I stood up at a school meeting and addressed the headmaster “Sir, the Photographic Club has been deprived of its premises:” It was my first political speech.

All in all, my teenage years in Darjeeling were a happy time. It is a time in one’s life when one has many different lessons to learn, and those three years in Calcutta and Darjeeling certainly broadened my life.

After doing my School Certificate at the New School, I was sent to South Africa for sixth form work, and after the War I went to Oxford. I worked for IBM for most of my working life, and I now live with my wife and 3 daughters plus grandchildren in Perth W.A.

One last message for you who read this. I think that all of us who knew India in the 1930’s and 1940’s have a duty to tell the history of that time to future generations. When my father was old and bed-ridden, I bought him a tape recorder and I have 17 cassettes of his memoirs of Bengal. So far, these have been printed off only for family and a few friends, and maybe I will be able to get it published.

A few years ago, maybe 1992, “The Australian” newspaper printed a letter in its correspondence page from someone seeking to denigrate Britain, and the letter contained words similar to “In 1992 the British deliberately killed half the population of Bengal by commandeering the rice stocks in the province and starving the people”. At home, I happen to have my father’s copy of the Commission of Enquiry report on the Bengal famine, as well as other papers of that time, so I wrote to “The Australian” reciting the facts as established by the Commission. At first, they did not print my letter, but after I spoke to their WA state manager, they agreed to print a fairly brief letter from me. But many people will have read and believed that first wickedly untrue statement!